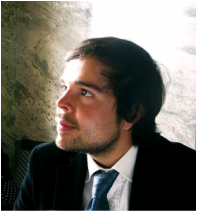 Julian Lasprilla studied Philosophy and Psychology at the University of Valle, Cali, Colombia. Also holds graduate degrees in Psychoanalysis and Contemporary Philosophy from the University of Paris 8, Paris, France.  His professional training concentration is on Lacanian Post-structuralism, Critical French philosophy on literature and art, and clinical psychoanalysis. Lasprilla has authored papers and presented on such topics as Psychological Resilience, Attachment Theory, the effects of trauma on creativity, and victimization in sociopolitical conflicts. His research areas of interest include Contemporary Philosophy, Ethics, Aesthetics and Psychoanalytical methods and theories.

Lasprilla`s undergraduate studies in philosophy concentrated on the Transdisciplinary research in Ethology and Contemporary French philosophy pioneered by Foucault, Deleuze, Lyotard, and Derrida among others. Particularly the contribution of Bowlby, Cyrulnik, and Dolto in the fields of psychology and psychoanalysis and their theories on social interrelations and trauma became a special interest and later the focus of his graduate work. His undergraduate research culminated in a dissertation on Psychoanalysis and Resilience exploring the mental mechanisms of overcoming traumatic experiences and the human capacity to sustain a functional life in despite of violent social conditions. He graduated in the top 5 percentile of his class and was fortunate to have Professor William González, a Post-doctor graduate in Philosophy from University of Paris 8 as his research undergraduate mentor and director.

In 2011 Lasprilla was awarded a scholarship from COLFUTURO and CEF (Corporation pour les études en France) enabling him to pursue a master’s degree in French Contemporary Philosophy at the University of Paris 8. His graduate work entailed significant research on the relationship between philosophy and psychoanalysis, particularly investigating the contribution of Freud, Ricoeur, Malabu, Lacan, and Rechtman to understanding the roots of psychic trauma and their effects.  This allowed him to deepen his understanding of the current Colombian Conflict and the spectrum of victim identities that shape the current sociopolitical landscape of the country.  This research became the basis of his graduate dissertation and he received his graduate degree in Philosophy magna cum laude in 2013. His mentor and director at University of Paris 8 was Professor Jean-Pierre Marcos, a PhD in Philosophy and Psychology, and a Psychoanalyst graduate from the esteemed École Normale Supérieure de Paris.

Agua Viva (1973) by the Brazilian writer Clarice Lispector became the basis of Lasprilla's research into psychoanalytical concepts and the reason to explore the seminal works of Freud and especially Lacan. His interest in the effects of trauma in the creative process led him to choose his graduate dissertation topic in Psychoanalysis investigating such concepts as the Unconscious, Desire, Delirium, “Jouissance”, Psychosis in critical literary works, and the defense mechanism of Sublimation. His research and practical experience in clinical psychoanalysis at the Clinique de Paris-Saint-Denis, Hôpital Paul Guiraud under the supervision of Dr. Francesca Biagi-Chai and Dr. Jean Ferrandi supported his graduate dissertation.  Lasprilla received his graduate degree (Maîtrise) in Psychoanalysis in 2014 from the University of Paris 8 under the mentorship of Professor Sophie Marret-Maleval, a Psychoanalyst and PhD in English Literature.
​
Lasprilla is developing his career as a Psychoanalyst and University professor in Cali, Colombia. He is also continuing to pursue graduate level (PhD) studies in Contemporary Philosophy, Ethics, Aesthetics and Psychoanalytical methods and theories. His primary focus is publishing a book on Trauma and Resilience (2020), a compilation of papers about his analytical work on literature, psychoanalysis, gender studies, and contemporary philosophy. In addition, he continues to publish Spanish translations of psychoanalytical articles and papers authored by peers and other experts in the field. 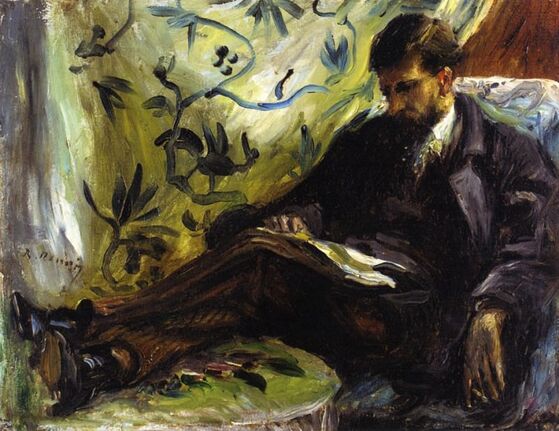